COMtalk Magazine: “How One Man Turned a Day of Loss Into a Day of Hope.”

Journal News Editorial:   “It is folk like Winuk who make America stand taller.  Winuk and Paine successfully lobbied to get that volunteerism enshrined into federal law.  It has long been clear to us that Glenn Winuk was a hero. Now it's clear that his brother Jay, who is helping to inspire a nation to do good, is one as well.”

Jay has been interviewed hundreds of times by media throughout the nation and world about a wide range of topics, including volunteerism and charitable service issues and opportunities; individual empowerment; the attacks of 9/11; politics, terrorism and tolerance; his brother’s remarkable story of bravery and sacrifice; his own story of overcoming personal tragedy to help build a historic national service movement; and nurturing an idea for a day of service through its passage into federal legislation.

MSNBC:  “Americans Help Give Back”

NPR: Addressing terrorism, justice for Bin Laden and the opportunity to serve those in need.

NPR: Supporting first responders and others on National Day of Service.
September 2013

Examples of Newspaper and Magazine Coverage 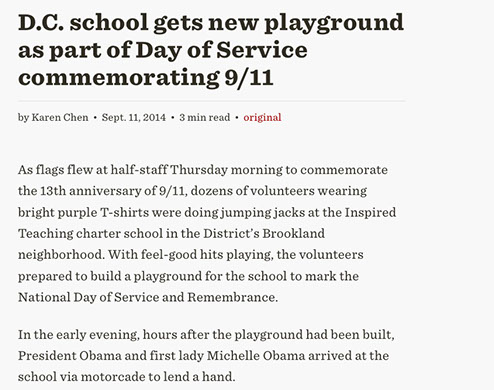 New York — Tolling bells, moments of silence, and readings of the names of those who perished 13 years ago are taking place in thousands of memorial services across the nation on Thursday, as Americans take time to remember that September morning that indelibly changed so many lives. 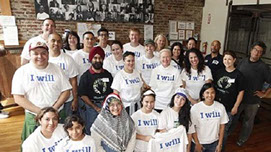 It’s not in character for these advocates to boast, which is appropriate, really, for the cause they are supporting leaves little to boast about.  They could of course, if they were the bragging type, brag about the 300,000 Facebook fans they acquired in just 70 days; or the one million unique visitors to their 911day.org and fan page during the first 9 months of 2011; or even that their “I Will” campaign reached the #1 global trending topic on Twitter last Sunday.

But perhaps the most notable thing the 911Day.org organizers started, but won’t tell you, is that they were the first organization to promote the idea of 9/11 as a day of charitable service.
Read full story here: 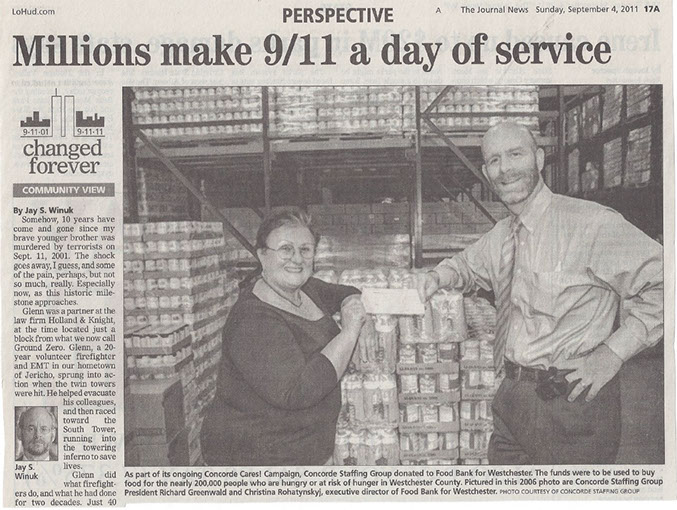 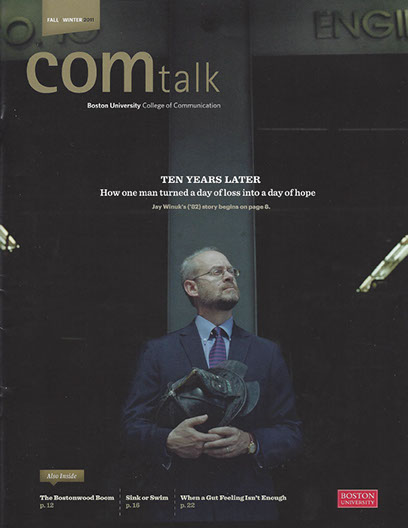 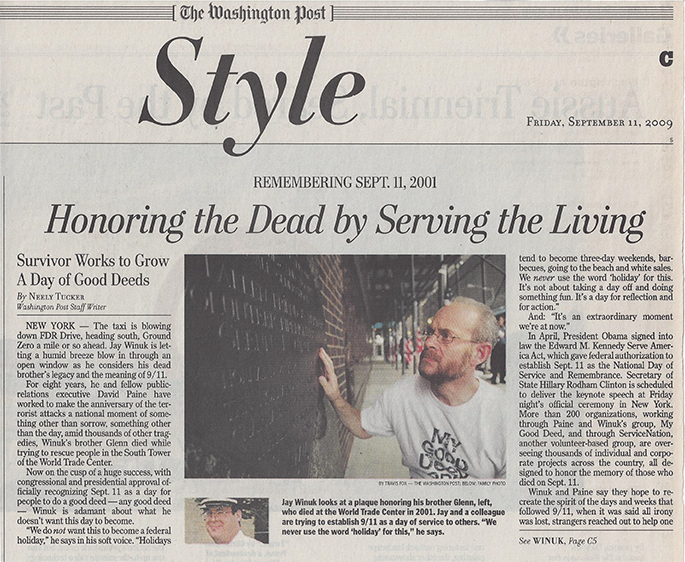 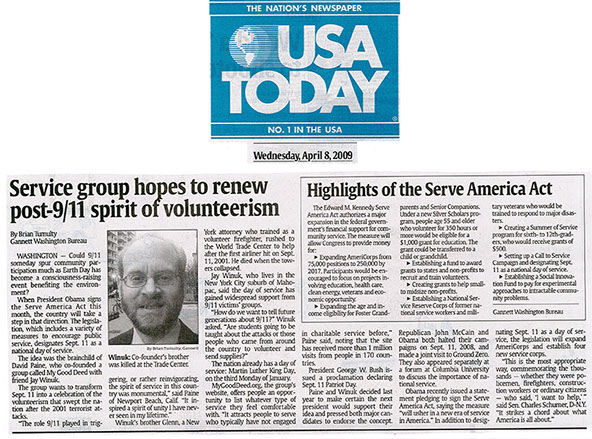