Jay S. Winuk is a nationally recognized inspirational speaker and award-winning public relations executive whose journey to overcome personal tragedy to achieve monumental success in the service sector has resulted in millions of acts of kindness throughout the world for people and communities in need.  As a primary force behind the establishment of 9/11 as federally designated “National Day of Service and Remembrance” and its growth into America's largest annual day of charitable engagement, Jay, a 9/11 family member, is one of the nation’s leading voices for volunteerism and charitable activity.  His work, commentary and personal story have been featured in countless major news media reports, documentaries and books throughout the nation and world.

On September 11, 2001, Jay lost his younger brother Glenn J. Winuk, an attorney and volunteer firefighter/EMT, who ran from a position of safety into the WTC South Tower.  When that tower collapsed, Glenn died in the line of duty as a rescuer. In Glenn’s honor, and with colleague and friend David Paine, Jay co-founded and serves as executive vice president and on the board of directors of MyGoodDeed, the highly-regarded nonprofit organization that successfully advocated for 9/11 to be designated as a “National Day of Service and Remembrance,” passed by the U.S. Congress and signed into law by President Barack Obama in 2009.  Jay was among those in attendance at the presidential signing ceremony. 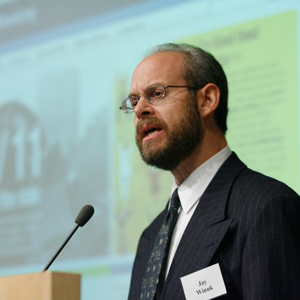 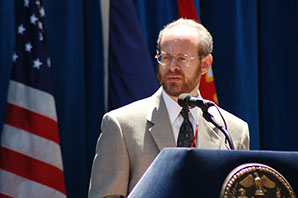 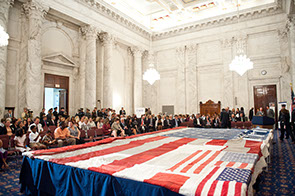 Now, as a direct result of Jay’s and David’s work and vision, millions of people around the world mark each September 11 by contributing their time, expertise, resources and compassion to make life better for those in need.  With more than 28 million people participating annually, the observance Jay co-created and still co-leads is the largest annual day of charitable engagement in U.S. history.

Jay has delivered inspirational remarks and shared his expertise before dozens of audiences – including on Capitol Hill and at national conferences, corporate and annual meetings, press conferences with national legislative leaders, charitable events, universities and high schools and more.  Among many other noteworthy presentations, Jay was a featured speaker at the nationally televised ServiceNation “Presidential Candidates Forum” at Columbia University, delivering his remarks just prior to those of candidates Barack Obama and John McCain.

In May 2011, Jay and his wife Carolyn were among a select group of 9/11 family members invited by The White House to meet privately with President Obama during his visit to New York and Ground Zero in the immediate aftermath of the killing of terrorist Osama Bin Laden.

In recognition of his groundbreaking work in the national service sector, Jay was invited by U.S. Senator Hillary Rodham Clinton to be her sole guest at President George W. Bush’s final “State of the Union” address on January 28, 2008.

Jay has won numerous awards, both for his leadership in the charitable service sector and for his public relations expertise, including the Daily Point of Light Award,  the President’s Call to Service Award and Silver and Bronze Anvil Awards from the Public Relations Society of America, the industry’s highest honors.

In addition to his leadership role for MyGoodDeed, Jay serves as president of Winuk Communications, Inc., the public relations agency he founded in 1994.  He has provided PR support to many of the nation’s leading corporations, nonprofits and other organizations.  Previously, Jay was an executive at Burson-Marsteller and Golin/Harris, two of the nation’s top 10 PR firms, and served as director of public relations for Radio City Productions, the nation’s leading live entertainment company.  He also was a partner and managing director of PR at Dirty Water Integrated, a branding/advertising/PR agency.  Jay began his career in the nonprofit sector, serving as the director of public relations for the Boys & Girls Clubs of Boston.

Jay also serves on the board of directors and manages public relations for the 12.14 Foundation, a nonprofit organization established after the 2012 shooting tragedy in Newtown, CT.  The foundation is focused on providing arts and leadership education programming for those experiencing traumatic events throughout the United States.

Jay earned his M.S. degree in public relations from Boston University and his B.A. degree in communications from the State University of New York at Oneonta.  He lives in Mahopac, NY, with his wife Carolyn and their two children. 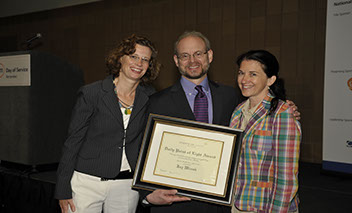 In June 2011, Jay received from President George H.W. Bush and the Points of Light Institute the “Daily Point of Light Award” for “creating meaningful change in communities across America” and “helping to shape a better tomorrow for our nation.”

In September 2008, Jay received the “President’s Call to Service Award” from The White House, one of the nation’s highest civilian service honors and which salutes Americans who, by their demonstrated commitment and example, inspire others to engage in volunteer service.

In December 2011, Jay received the “Most Inspirational Person of the Year Award” from Beliefnet, the largest online resource for inspiration and spirituality. Among the other nine nominees for the award were the late Steve Jobs of Apple, baseball superstar Albert Pujols, evangelist Billy Graham, pastor Joel Osteen and NCAA national championship head basketball coach Pat Summitt of Tennessee.

In September 2011, Jay was awarded the “Teammates in the Community Award” by the New York Mets and the Citi Foundation (Citibank) for his work promoting service and volunteerism.

In June 2012, Jay received the annual “Distinguished Alumnus Award” from his alma mater, the State University of New York at Oneonta.

In 2010 Jay was elected to the Jericho High School Alumni Hall of Fame.

Jay has also received numerous national public relations awards for his work on behalf of clients in many industries.

Articles, op-eds and opinion pieces Jay has written have been published by numerous media outlets and organizations, 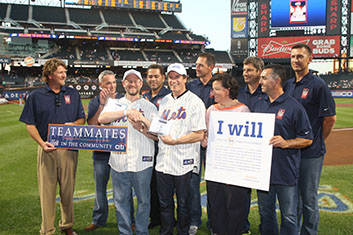 including CNN.com, Yahoo News, the National Constitution Center, Gannett Newspapers, The Journal News, McClatchy, Maria Shriver.com, the HandsOn Network, The Record and the United States Department of State, which invited Jay to write a piece for its publication, “Resilience After Terrorism,” which was distributed to all U.S. embassies around the world in 2011.

Jay has been interviewed for and/or profiled in several short- and long-form documentaries and videos.  Examples include:

“Answering the Call,” which pays tribute to the thousands of volunteers who responded to Ground Zero following the September 11 attacks in 2001 and which was narrated by Kathleen Turner;

“The Spirit of Volunteerism,” by the National September 11 Memorial and Museum and which focuses on charitable efforts rising from the ashes of Ground Zero;

“Amex 9/11 Day,” which tells the story of the “Tribute in Letters” collaboration between school children, The Mission Continues, American Express and MyGoodDeed’s “I Will” campaign in support of post-9/11 military veterans; and,

“President George H.W. Bush: The Man and his Mission” by the Fox News Channel and which profiled the former president’s lifetime dedication to service.

Jay’s story is profiled in the book “A Decade of Hope,” by The New York Times best-selling author Dennis Smith, and in the soon-to-be-published book “Especially For You,” by author and journalist Ken Brack.  Jay’s nationally televised speech at the 9/11 memorial service at Ground Zero in 2009 is featured in the book, “September Morning: The 9/11 Commemoration Readings.”